8 ways you can fight human trafficking in your everyday life 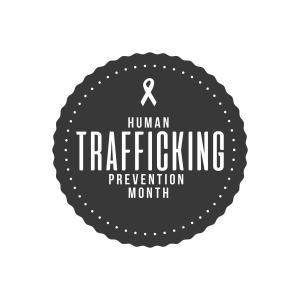 January is Human Trafficking Prevention Month in the U.S. The United Nations defines human trafficking, or the use of force, fraud, or coercion to obtain some type of labor or commercial sex act, as a grave human rights violation. With an estimated 40.3 million victims worldwide, the fight against human trafficking could use as many advocates as possible.

From leveraging open source technology that helps fight trafficking to providing vital sponsorships for organizations like Truckers Against Trafficking, Omnitracs remains committed to combating this serious human issue. And, as a transportation organization, we know first and foremost the unique position truckers find themselves in as the eyes and ears of our nation’s roads.

Social media is one of our most excellent modern-day tools. You can make your voice heard on popular platforms, like Instagram, Twitter, or Facebook, by sharing relevant information, statistics, and helpful tips to those who follow you. Be sure to be extra vigilant on January 11, which is Human Trafficking Awareness Day. Spreading a message on your social channels is a simple and effective way to raise awareness amongst those who may now be as knowledgeable on the issue.

Being an advocate for survivors and victims starts with using language that is respectful to them, their struggles, and their stories. Some people use demeaning and harmful rhetoric that further makes victims feel like they’re unworthy of dignity and respect. A couple of the right words to use are ‘survivor’ and ‘overcomer,’ while an example of a word to steer clear from is ‘lot lizard.’

#3: Understand how rampant labor trafficking is

We are incredibly vocal about our support and advocacy for human trafficking prevention. Unfortunately, not all businesses share our commitment to ethics. Labor trafficking is all over. In fact, the International Labor Organization estimates that forced labor in the private economy generated $150 billion in illegal profits in 2015. Keep your eyes open for businesses where employees seem afraid to speak or are working under dangerous conditions with limited to no wages or safety gear.

#4: Give to the right businesses

Many small businesses fight trafficking by employing survivors and donating to anti-trafficking organizations. Here are a few pioneering businesses doing just that. You can shop for items you like and support survivors with one click. Win-win.

Truckers Against Trafficking has trained over 975,000 people and helped them learn how to identify the warning signs of human trafficking. As of today, they have helped 1,278 victims. You can join their movement by getting certified with their educational training course.

There are a plethora of documentaries, docuseries specials, and podcasts on human trafficking. The CNN Freedom Project, for example, sheds light on the real stories and faces of trafficking victims and survivors. If you’re in the driver’s seat, the Ending Human Trafficking podcast is an incredible educational channel.

Children are especially at risk of being trafficked. Ensure your kids feel comfortable talking to you so they don’t explore dangerous chat rooms or find themselves in threatening situations. Also, educate them on the perils of trafficking, so they can join the fight, talk to their friends, and serve as advocates from an early age.

Staying even somewhat alert can help you identify potential trafficking victims while you’re out and about. A few key signs to look out for include:

Remain vigilant and safe in your efforts. You should never attempt to approach a trafficker. Rather, contact law enforcement or the National Human Trafficking Hotline to report a suspicious incident.