August News Roundup: Impacts of the Driver Shortage, and a Possible Solution 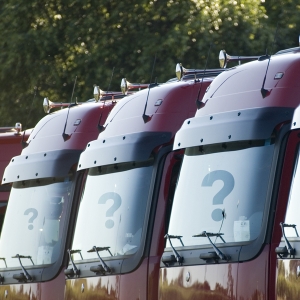 There have been a few articles and graphics released over the last few years that have asked the question “What would happen if we went a day/week/month without trucking?” The answers to those questions are predictably catastrophic, but the questions are a bit unfair. Trucking as an industry is not just going to disappear overnight.

A better question, and one asked this month by Sean Kilcarr on the blog at fleetowner.com, is: What are the ramifications of the trucking industry shrinking? It’s a question borne out of the driver shortage. The industry, he supposes, will have to shrink if it can’t find a way to attract new drivers.

Kilcarr writes: “According to ATA’s data, motor carriers collected $726.4 billion in gross freight revenues and hauled 10.49 billion tons of freight in 2015; 81.5% of the nation’s freight bill and 70.1% of domestic freight tonnage, respectively. To get all of that done, the data says, the industry operated some 3.63 million trucks.

Losing that much shipping capacity would have a profound impact on Americans’ lives. Would the rapidly-growing overnight delivery economy crater? Would there be chronic shortages in stores of staples such as meat, sugar, fruits and vegetables and toilet paper? Would Americans’ have to become accustomed once again to waiting weeks for ordered goods to arrive?

When understood as a growing trend and as major national economic input, todays chronic and growing driver shortage is more than just a nuisance within the trucking industry. It has a big national economic impact and could be a strategic nightmare in the making.

Smaller businesses are feeling impacts of the shortage too

The shortage of drivers not only has big macro-economic impacts. Individual truck companies are seeing their headaches multiplied and their own business economics undermined by the inability to hire and retain qualified drivers. These ramifications aren’t limited to larger companies. Even small companies that operate only a handful of trucks are seeing their entire business models disrupted by the driver shortage.

Palletenterprise.com recently reported on the challenges faced by two pallet-making companies as a result of the driver shortage. Michigan-based Kamps Pallets likes to use company-employed drivers and its own equipment to serve customers within about 60 miles of its various production facilities. It depends on those drivers to act as company representatives who interact with customers when they make a pickup or delivery; gathering intelligence and feedback, building relationships and even selling future services while they’re on site. But, increasingly, Kamps is having to use third-party trucking companies not just for longer-haul routes but for these short-haul routes as well. That not only increases its operating costs and puts pressure on the company’s profit margin, it has the potential to reduce sales because the contract drivers can’t be expected to do the semi-sales work that a company driver could do. And even when Kamps can hire local drivers, retaining them long enough to train them to be effective representatives when they on site at a client’s facility has become near-impossible.

Meanwhile, in central California, American Pallets, a small family-owned business, was struggling so much to keep drivers that it sold its one tractor and its trailers and turned to third-party trucking companies. Not only did that increase direct operating costs, it also made the job of logistics management tougher because American Pallets managers now have to struggle to build delivery and pickup routes that efficiently use their contract drivers and equipment.

Annie Montey, a member of the family that owns American Pallet, told Palletenterprise.com that the driver shortage essentially forced them to “decide if we wanted to be a pallet and lumber business or a trucking business.” Their decision forced them to sell their equipment and contract out all their trucking business, which in turn altered the company’s business model in the middle of a slow economy.

One potential source of new drivers to fill in the hole being created by the industry’s driver shortage is staggeringly obvious: women. They make up roughly 47 percent of the U.S. work force, but for 20 years the percentage of female drivers in the industry has hovered between 4 percent and 6 percent.

Yet, Ellen Voie, president of the Women In Trucking Association which includes about 4,000 members, writing recently in trucks.com, noted that while some progress is being made, the industry needs to do more to remove barriers that still discourage women from entering the profession.

Until barriers like these and others are removed, women aren’t going to feel welcomed in an industry that desperately needs their help.