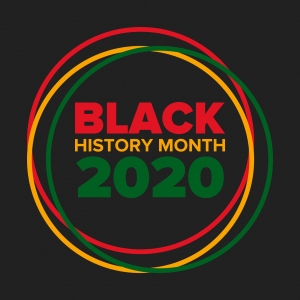 “Never be limited by other people’s limited imaginations.”

In the early 1900s, Carter G. Woodson sought to dispel the narrative that Black Americans were not a part of American history when he saw how underrepresented they were in history books during his studies at the University of Chicago and Harvard.

Woodson worked with Jesse E. Moorland to promote the study of Black history and to celebrate the accomplishments of Black Americans. In 1964 — some 50 years later — James Baldwin famously said, “When I was going to school, I began to be bugged by the teaching of American history because it seemed that history had been taught without the cognizance of my presence.”

In 1976, President Gerald Ford decreed Black History Month a national observance. Every February since that year has served as special reminder of the struggles, accomplishments, and liberations of Black Americans throughout history.

Black drivers in the trucking industry

As with most industries across the United States during the Jim Crow segregation era, the trucking industry was not a friendly industry for Black Americans. Traveling across the country doesn’t typically generate fear nowadays, but it was tremendously terrifying for Black Americans who would switch between the heavily segregated South and the lesser segregated North.

In Shane Hamilton’s Trucking Country, Hamilton touches on the discrimination many Black drivers faced in the 1930s and 40s especially, when loan providers prevented them from becoming owner-operator truckers. In 1957, a truck driver by the name of Willie Edwards Jr. was killed on his way to work. Edwards was stopped by four Klansmen who mistook him for another man they believed to be dating a white woman.

These examples highlight just how dangerous the life of a trucker was for a Black man. Routes today are often completely developed and scattered with gas stations, hotels, and chain restaurants every mile. Routes in the first half of the century, however, had far fewer sleep stops and restaurants, and Black drivers had to worry about which places of business would serve them. Often, Black drivers had to make their own sleeping accommodations — some having to sleep outside — as many service stations did not accommodate Black Americans.

Inclusivity in the trucking industry

Recently, there has been much increasing talk around the importance of diversity and inclusion in the workplace. A new study by Boston Consulting Group even found that diverse companies produce 19% more revenue than homogenous ones.

As of 2018, approximately 17% of truck drivers were Black. While this may not seem like a particularly large number at first glance, the trucking industry has witnessed a rise in diversity in recent decades. And with baby boomers moving into retirement, most industries are looking for ways to recruit and retain diverse employees by fostering spaces that promote inclusion for all, which is exactly what newer generations are looking for. A major part of promoting inclusion is ensuring that people of all diverse backgrounds and identities feel safe.

Black drivers in particular are still vulnerable to racism today. Sometimes this comes in the form of highly problematic policies — like provisions added by Congress in 2015 that allowed transportation companies to rely solely on drug tests some experts said more falsely classified Black people as positive for drugs. And sometimes, it comes in the form of underhanded comments made by their fellow drivers. The rise of safety-focused, monitoring telematics can better ensure that minority drivers are better cared for.

To continue promoting inclusivity for Black drivers and other minority groups, the trucking industry needs to continue working to foster policies, solutions, and spaces that feel safe and welcoming. At Omnitracs, we’re committed to doing just that both on and off the road.

Read one of our throwback blog posts on the importance of celebrating diversity in the trucking industry. Happy Black History Month!