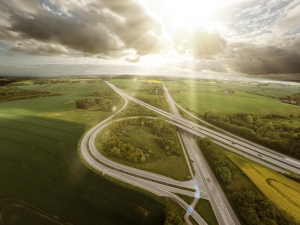 Today’s vehicles are rolling networks of sensors, controllers and automation components, all linked together on what is generally described as the vehicle’s “bus”. In the physical world, the bus is simply a pair of wires connecting all of the vehicle’s electronic modules. In the world of electronic data, the bus carries various types of messages formatted to report status, issue commands and request data. The module’s interpretation of this data depends on established protocols that vary based on vehicle manufacturer, vehicle model, weight rating and model year.

While market demand for vehicle electronics are driving innovation and complexity, the networked vehicle originated from government requirements to control and regulate vehicle emissions and reduce air pollution. Soon after, multiple studies showed that adding sophisticated (at the time) features such as antilock brakes and air bags saved lives. Adding these quickly mandated features required even more hardware and software to be added as standard features on every vehicle.

For the heavy duty truck market, beginning in the 1990’s, the Society of Automotive Engineers (SAE) developed a standard for the physical layer and data elements to be used for an onboard network. The SAE sought to establish this standard across all brands of heavy duty trucks in order to avoid the discrepant and proprietary protocols adopted by the manufacturers of light duty vehicles. The original standard is recognized by two designators:  J1708 – the physical layer (i.e., or wiring), and J1587 – the message layer or data format. This standard was put into production vehicles as a standard. Starting in 1995, it included a specific diagnostic connector to be used on all heavy duty vehicles. This connector commonly referred to as the 6-pin “Deutsch” connector, provided access to the vehicle bus along with battery power and ground connections with an option for a connection to a proprietary network that may be available on the vehicle.

After its release, it became evident that the J1708’s network speed of 9600 bits/second limited the amount of data and sophistication that could be included in the heavy duty vehicle. The members of SAE determined that a new higher-speed network would be required and began to draft a standard that would be known as J1939. Quickly evolving to adopt the CAN (Control Area Network) standards used by light duty vehicle manufactures in the 1980’s, J1939 customized the requirements for the physical connections and data elements to meet the requirements of the heavy duty vehicle environment. With J1939, data rates were now up to 250 Kbits/second and more control modules were supported in the network. By 2005 most heavy duty truck and engine manufacturers had adopted at least a partial implementation of J1939.

J1939 also has its own special connector. Still called a Deutsch plug, this one was changed to 9-pins. It still has power, ground and J1708 connections in addition to the new J1939 wires. It also added the option for a second CAN connection for proprietary data networks.

As new requirements are added for additional vehicle safety features such as body control modules, stability control and other third-party safety-system components, J1939 has continued to evolve and will soon be upgraded to a 500 Kbits/second network based on a new standard, J1939-14.