Happy International Women's Day! Every year, this day is a celebration of the many achievements of women. It's a day made by women, for women. It's also a time to reaffirm our global commitment to gender equality and women's rights. To celebrate, we chose to spotlight two female leaders in our industry — who we are privileged to work with as customers — and share their stories. These women have paved the way for a more inclusive industry. Read on for their stories! 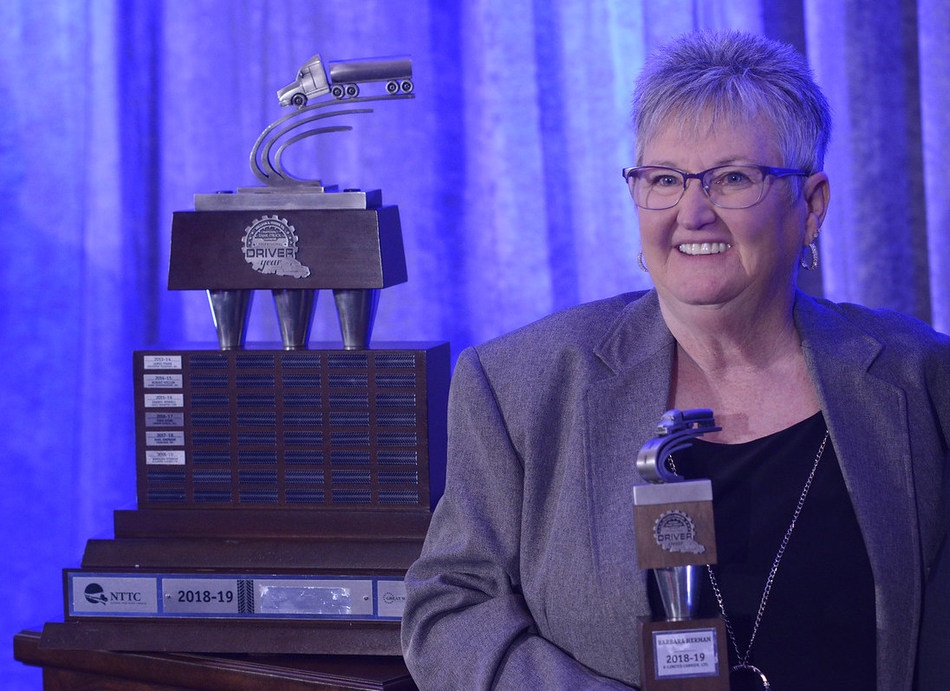 Barb is an Ohio-based tank-truck driver with over 35 years of professional driving experience. In 2019, she was awarded the National Tank Truck Carriers (NTTC) Professional Tank Truck Driver of the Year Grand Champion. She was the first woman to both win and be nominated for the award. Barb drives for our customer, K-Limited Carrier.

Tell us a little about yourself!

I'm happily married, and I gave birth to two children. I lost my daughter to a heroin overdose, and I raised her three children. I have nine grandchildren and four great-grandchildren. I work for K-Limited Carrier as an over-the-road driver. I love what I do!

My late husband John, who I lost to a truck accident from a massive heart attack in 2005, is the one who taught me to drive in 1984 when he got a load going to California. He asked me if I wanted to go, and I had never been to the state. When we got into Amarillo, he asked me what I thought so far. I told him I wasn't sure I liked it. He said, "Oh, really?" I said, "No. I'd rather drive!"

My kids told me they didn't understand how I could climb back onto a truck after what happened to their dad. I explained to them that if I quit now, everything he taught me would be for nothing. Sometimes I can feel him with me when the roads are bad.

How are women treated in comparison to their male counterparts?

Have we been treated equally to men? Absolutely not.

I pulled up to a customer, and my load was a pump-off load. It required three hoses. I had to climb up on top of the trailer and make sure it was vented. The guy on the ground looked at me and asked,  "Are you sure you can do this?" He stressed the word you. I said, "I’ll tell you what — why don’t you pop a squat and watch?” I stand five foot two; I’m not very tall. After I hooked up the hoses, he called my dispatcher and told him what a good job I did. He sat right there and watched me. Would he have done that to a man? Probably not.

It is getting better. There is a lot of work to do. This is one industry where men and women are paid the same, so that’s something good. I do see some things that are better than they were 30 years ago. For instance, truck stops are being designed with more females in mind. When I started driving, there were no showers for women at the truck stops. The showers were all in the men's bathroom. That has all changed since the stops have private showers now.

Have you ever felt unsafe?

There have been times when I pulled into a truck stop and felt the hairs on the back of my neck raise. In New Jersey, in broad daylight, my late husband and I went into a truck stop. I went in between two trailers and had a guy pull a gun to the back of my head. It taught me that even in broad daylight, I need to watch everywhere I am. You have to follow your gut. You have to be aware of your surroundings.

What does International Women's Day mean to you?

I think it’s really awesome. Not only have many women had children, raised children, been the chief cooks and bottle washers — but they get out here and earn a living. I don’t want to condemn men at all because I’m married to an awesome guy. But I’ve watched both my granddaughter and daughter get mixed up with some not-so-great guys. I think for them to celebrate women — everything we do as women — is fantastic. It's like we’re trying to be everything to everybody. And it feels so good for somebody to say to us, “Hey, way to go!” Whether you’re a waitress, a bank teller, a woman who works the tank wash, a truck driver, or whatever kind of work you do — that appreciation is the best.

How have our products helped you?

I have SmartDrive video technology on my truck. It took me a little bit to get used to it because of the beeping, but I love the side to side! I had a hard time getting used to ELDs. When I started driving, we used paper. Now that I’ve gotten used to using an Omnitracs ELD, it’s so nice to push a button and go!

Well, in closing, I’d like to say that not everybody is college material. I would never tell somebody not to go to college if that’s what they wanted to do. You can also look at trade schools, become a truck driver, or learn how to get into administration in the trucking industry. If you’re a woman who’s interested in the industry, just go for it. Don’t be afraid. Just go for it.

It tickles me when people want to hear my story. I usually don’t talk about this, but I won the NTTC Tank Truck Driver of the Year Grand Champion in 2019. A man I used to work with told me I only got the award because I was a woman. I felt insecure about his comments and even asked my boss if she nominated me for the award because I was a woman. She told me she’d take the award away from me if I ever asked that again because it was so ridiculous. When I was getting fuel in Canada, I had a guy tap my truck and give me two thumbs up. He recognized me for the award! That was a nice feeling. I’m so proud to have won the award, and I hope more women will continue to be recognized.

This isn’t just a job — it’s a lifestyle. It’s not for everybody. You either love it or you hate it because there’s no in-between. I love my job!

Lori Gilbert: A leader with an eye for safety—and empathy 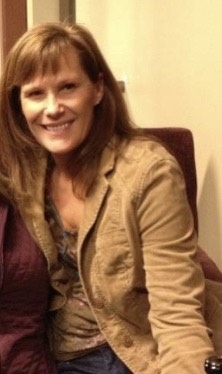 Lori, the assistant vice president of safety at Trans-System, Inc., is beloved by her peers. With over 30 years’ experience under her belt, Lori has worn many hats, earning a leadership position where she continues to excel and achieve momentous benchmarks. In her safety-focused role, she has made significant improvements in the company and driver safety scores and stats, working tirelessly to protect and prepare every driver employed by Trans-System.

Tell us a little about yourself!

I’ve been working for Trans-System since 1988. It has been a wonderful place to work — great people to work for and with. I mostly focused on raising my daughter as a single parent up until she headed off to college in 2009. I met my husband in 2011, and we’ve been married for five years now and have two amazing grandboys. We enjoy all four seasons living in the Northwest, but we especially like spending time at the lake in the summer.

How has your leadership role influenced your daughter?

I didn’t have the opportunity to go to college; she watched me work and attend several industry classes and obtain certifications throughout the years to improve myself and advance in the workplace. I think watching me has helped her develop a professional rapport and build good work ethics. Growing up, I had set the expectation with her that she was going to go to college. She worked hard and ended up obtaining her bachelor’s degree from Montana State University.

What got you interested in transportation in the first place?

Honestly, I had no idea what was involved in transportation.  I was working for a temp agency, and they had an assignment for a trucking company. My family was heavily involved in the lumber industry, and the agency figured I would know drivers because of my logging industry background.

After my temp position ended, Trans-System called me to interview for a billing and payroll position, and that was how my career in trucking began. The company has given me many opportunities to grow and continue my education in transportation, safety, and claims.  I don’t think trucking is one of those industries people grow up hearing a lot about. One of the great things is the wide range of positions and opportunities for people to explore in transportation as a career. Transportation is really about people and service.

What is most interesting to you about being an assistant vice president?

I really enjoy working with our team and having the ability to influence decisions that can make improvements for the company, the drivers, and the motoring public. We address problems and implement changes to improve processes and provide better and safer outcomes.

There’s never a dull moment in trucking. You continuously have the opportunity to learn.

Based on your experience, are women in the industry treated differently?

I think today women are given better opportunities than they were historically. Women’s roles have really evolved. We are seeing more and more women in all roles, whether it be safety, driving, dispatching, customer service, or executive roles. They’re in there, they’re involved, and they’re impacting decisions being made. So, I believe the industry is becoming more welcoming toward women.

How do our solutions help you ensure success in your role?

Omnitracs is definitely one of the key components of our overall safety program — from compliance with hours of service to communication with the drivers. We are looking at Omnitracs One, and that’s going to be light years ahead of where we’ve been in terms of ease of use with the drivers. I’ve watched us evolve from paper logs to electronic logs. Today, I don’t think there are many drivers you could take the ELD away from.

What does International Women’s Day mean to you?

Women have expanded so much in the workforce. Just recognizing how far things have come and how leadership roles can be so diverse for women is wonderful.