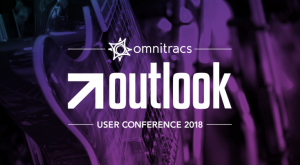 Omnitracs’ fourth annual user conference, Omnitracs Outlook 2018, has already come and gone. We certainly had a great time in Nashville and thank everyone who joined us! This event was particularly special as it marked Omnitracs’ 30th anniversary. Over 850 attendees came together to share industry news and best practices, network, and learn.

Outlook 2018 opened on Sunday with a welcome reception in the Partner Pavilion & Solutions Center. Attendees were able to meet with Omnitracs’ many technology partners and product specialists. New to 2018, the Smart Bar allowed users to get hands-on with their products and speak with customer service representatives.

Celebrating 30 years and discussing how far the industry has come

Greer thanked our long-time customers for attending and welcomed new customers, remarking that the company has gained thousands of new users in the past several months due to the unprecedented ELD Mandate.

Greer took the opportunity to briefly reflect on the state of the industry and how much has changed in 30 years. In 1988, he said, there were only about 60 thousand computers connected to the Internet. Looking forward, Greer said it is amazing how much could change in the next five to ten years because “the pace of acceleration is phenomenal.” He believes the industry is going through the “greatest transformation since deregulation.” 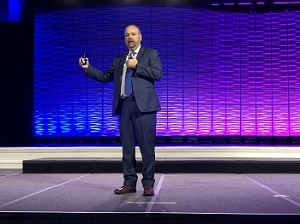 Greer welcomed keynote speaker Bob Costello, Chief Economist at the American Trucking Associations (ATA) to the main stage. Costello shared his insights on the economy and how it’s impacting the trucking industry. He started out by saying that while economists are often known as “the dismal scientists,” he had good news to deliver that day — the outlook for trucking is a positive one.

From a macroeconomic perspective, said Costello, annual GDP growth has averaged 2.1% in the most recent economic expansion and is projected to rise to 2.7% in 2018 and 2019. Costello attributed this to productivity and population growth. The Federal Reserve will likely increase interest rates twice this year but Costello doesn’t see that as a bad thing, just normalizing unusually low rates.

Costello then described the “3.5 big buckets of freight,” with the “3 big buckets” as consumer spending, construction, and factory output — and the “half bucket” as inventory levels. Consumers are spending more than we used to (“more stuff in your trailers”) but we’re spending it differently. More and more money spent online results in an explosion in final mile delivery. The U.S. is close to full employment, which means it will be even harder to find drivers. Said Costello, “we will and we must” increase driver wages.

As for construction, the housing bubble caused an increase in condo and apartment construction but now that the economy is picking up, there are new construction needs to build more single-family homes, resulting in more freight. Moving on to the next “bucket,” Costello described how the factory output index has gone up and how he’s bullish on North American output. Costello remarked that while it’s hard to compete with factories in China, Vietnam, and India on a wage basis, we can compete through technology and productivity.

Accounting for inventory cycles on top of all of this, Costello says, puts the industry in even better shape. After the recession, inventories were through the roof because people weren’t buying as much stuff. We’re now at a point where “inventory is no longer a drag on truckload volumes.” Costello acknowledged that e-commerce requires more distribution centers stocked with inventory due to consumer demand for faster shipping, but he does not think these inventory increases will have a negative impact. Despite higher inventories, firms are able to cycle through that inventory more quickly.

After delivering all the good news about the economy, Costello did not quite turn into the “dismal scientist” he said economists often are, but he did caution the audience about how pulling out of NAFTA could derail all of this. Costello believes NAFTA should be re-negotiated since a lot has changed since 1994 but it would be bad for trucking if the President decides to pull out of it. Another challenge Costello discussed was the driver shortage issue, saying demand for drivers is “heating up significantly.” At the current trends, said Costello, we could have a shortage of 174,000 drivers by 2026. How can we solve this problem? There is no one solution but Costello mentioned increasing driver pay and re-evaluating policy. For example, in 48 states, drivers under 21 can drive intrastate but not interstate. 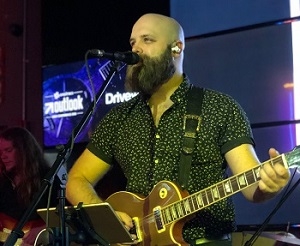 After the general session, attendees had their choice of breakout sessions covering safety and security, productivity, product training, planning and delivery, and compliance. CEO of Women in Trucking Ellen Voie spoke on gender diversity in the trucking industry, presenting key stats on why trucking companies could benefit from hiring more female drivers. Kerri Wirachowsky of CVSA packed her room when discussing the hot topic of ELD roadside enforcement. She warned that full ELD enforcement will kick in on April 1.

Other popular sessions included regulation and your business — with updates about waivers, FAST Act studies, social media in trucking, switching from AOBRD to ELD, and blockchain in telematics. There was a two-part series on cybersecurity presented by representatives from the FBI, Irdeto, and GRIMM that gave tips for the back office and drivers on how fleets can protect themselves from risk. Dan Murray of the American Transportation Research Institute (ATRI) shared top concerns that face the transportation industry: driver shortage, the ELD Mandate, Hours of Service, truck parking, and driver retention.

Monday night ended with a happy hour in the Partner Pavilion & Solutions Center and a fun evening of live music, food, and libations at Nashville’s popular FGL House.

Krah shared Schneider’s technology evolution the past 30 years, starting with the installation of Omnitracs (then Qualcomm) devices at a time when yard checks had to be manual. Today, Schneider has a variety of technologies, including chatbots that “talk” to drivers. In fact, Krah stated that today they are more like a “technology company disguised as a logistics organization.”

One of the biggest challenges Schneider has faced is the top concern heard throughout the conference: driver shortage. Krah believes that technology can help solve this problem, stating that drivers should be able to load, unload, and spend time driving instead of communicating with the back office, getting stuck in traffic, and searching for parking. Schneider has been able to address this with technology tools and even recently created an innovation team.

Krah said it wasn’t long ago that three to four technology upgrades would be a lot and now it seems like every two weeks a new device hits the market that could help the business. Krah discussed Schneider’s use of Omnitracs technology, including the plan to use routing solutions for pickup into terminals, delivery, and even into the middle mile. He also talked about the digitalization of the bill of lading (BOL) and how blockchain is now the digital BOL. To him, the rapid pace of technology is exciting and Schneider plans to innovate themselves instead of letting the industry do it for them.

Kevin Haugh then spent some time discussing industry trends and formally announcing the launch of Omnitracs One, Omnitracs’ one comprehensive and modular offering for all fleet types, serving the first to last mile. This unified software platform will combine all of Omnitracs’ best applications — including routing, Hours of Service, virtual load viewing, navigation, predictive modeling, video, and more — in a single, “device-agnostic” platform that can be customized to any customer’s needs. This new solution will give fleets the flexibility they need to compete in the new trucking landscape and allow for streamlined product updates for all customers. 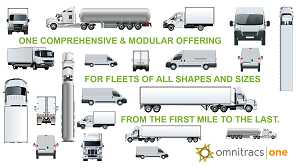 Omnitracs One is designed to help make it easier for drivers to better manage their days. It will allow fleets to run Omnitracs’ applications on different hardware types, including hard-wired devices, smartphones and tablets, and factory-installed hardware. Haugh announced that the Intelligent Vehicle Gateway (IVG) will soon be compatible with Android.

Tuesday breakouts and the conclusion of Outlook

After two full days of engaging and thought-provoking sessions, attendees got to relax and have a good time on Tuesday night with a concert by the band Sixwire, of the TV show Nashville, and country greats Joe Diffie, Tracy Lawrence, and Mark Chesnutt. On Wednesday morning, customers attended roadmap sessions to learn about the future of specific product offerings.