Predictive Analytics Will Be Critical to Beating the Driver Shortage 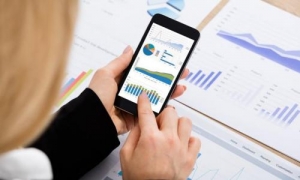 The number of people working in the U.S. trucking industry hit an all-time high in December: 1.47 million, according to the U.S. Department of Labor.

That’s impressive — and great for the industry — but in no way does it eliminate the intense, industry-wide concern about and focus on the enormous projected need for more drivers every year through at least 2030.

About 70 percent of the nation’s domestic freight tonnage each year is carried at least part-way by trucks, and the volume of freight is expected to grow by at least 27 percent over the next 10 years.  So trucking will continue to grow as a jobs-producing segment of the U.S. economy for many years to come.

The industry added about 1,400 jobs in December, according to the BLS’ newest report. That comes on the heels of upwardly revised reports that showed similarly strong job additions in the industry in November and October.

The 1.47 million total industry jobs figure as of December represents a 19.5 percent increase over the trucking industry’s total employment in March 2010, the industry’s job nadir following the economic downturn that began in late 2007.  The December jobs total for the industry is also 10,400 higher than the total reported for December 2015.

Recruiting and hiring pressures will continue

So what does all this mean for trucking firms, drivers, owner-operators and the companies that depend heavily on trucking?

The pressure to hire more workers — lots more — will continue for quite some time. And, as has been the case for many years now, drivers will continue to be in great demand because of a number of factors:

Thus, trucking firms of all sizes likely will continue to spend a lot of effort and money on recruiting, training and retaining good workers, especially drivers. Several tactics are rather obvious:

Fortunately, trucking firms have a number of new tools available that can make all that driver hiring, training and retention work easier and more effective. A number of cost-effective, data-driven analytical technologies are now available to firms to help recruit better driver candidates who, typically, also prove to be more productive, safer, and happier long-term employees.

Systems now exist that can enable firms to use the “big data” aggregated from their current workforce and compare it with the “small data” available during the application process to find patterns that indicate which applicants have the highest probability of being productive, safe, and tenured.

Predictive analytics can use your firm’s existing data to develop an effective model that provides insight into the attributes that make drivers successful. When evaluating a specific applicant such a model can be applied to show the likelihood of success before a firm makes a hire and invests money in training a new driver.

At the other end of the process, a firm’s ability to retain good drivers can be greatly improved by another use of predictive analytics. A Driver Retention Model program using data that many firms already have in their systems can reduce voluntary terminations, drivers who quit to take a driving job elsewhere or move into another line of work.  These models use payroll, operations, hours of service, routing, telematics, and many other data sources to understand an individual drivers’ family situations and lifestyles, including their physical well-being, to identify drivers most at risk of leaving the company. Such systems can even provide insight into how to resolve those issues that could push a driver into quitting, thereby improving the company’s chances of retaining them. So far such systems have been able to reduce driver turnover rates at companies where they are used by as much as 13 percent.

So, while improved employment numbers are never a bad thing, the trucking industry leaders shouldn’t take their eyes off the still-real need to recruit more drivers to the profession and retain the drivers who are already there. And they shouldn’t be afraid of new technologies that can make both of those processes easier for both the company and the driver.