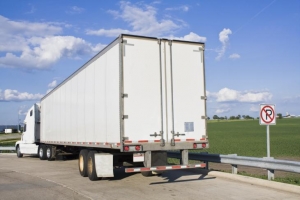 Of all the issues dividing drivers and carriers these days, perhaps the biggest one is the seriousness of the truck parking problem.

Carriers put it way down on their list of issues — ranking it ninth in priority on the recently released annual survey by the American Transportation Research Institute (ATRI). Commercial drivers ranked it second in the same survey — behind the ELD Mandate, but ahead of other pressing issues such as Hours of Service, driver distraction and driver health and wellness.

On one hand, it stands to reason that drivers are more focused than carriers are on parking issues. Drivers are the ones out there on the streets, fighting for spots. They’re the ones who are getting directly inconvenienced. They’re the ones who need to spend extra time scrambling to find one of a limited number of spots in a specific area to park while dropping off a delivery or logging out to comply with Hours of Service requirements.

On the other hand, it’s not just a driver’s problem. Lack of truck parking is affecting carriers’ bottom lines and creating situations where carriers, as well as truck drivers, will find themselves at risk.

First, let’s look at the scope of the problem itself. The American Trucking Associations (ATA) reports that there are only 300,000 parking spots for more than three million truck drivers on the roadways. While the shortage is likely to be more pronounced in certain localities based on who’s on the road and where the 10 percent ratio of spots to rigs is bound to create issues.

Based on another ATRI study, an astounding 58 percent of all drivers admit to parking in unauthorized or undesignated spots at least three times per week. Included in that group was a subgroup of just under 10 percent that admitted to parking off the grid daily. Only 11 percent of all drivers said they never park in unauthorized or undesignated spots.

While some law enforcement leaders argue that drivers park illegally when they don’t have to, ATRI Vice President Dan Murray rejected the notion. At Omnitracs’ 2018 user conference, he said the group’s data showed that only 3.5 percent of all illegal parking actions could have been avoided by parking in a legal spot.

Clearly, there’s an issue. If there were legal spots available, drivers would use them.

The inability to find parking hurts drivers and carriers financially. According to ATRI research, truck drivers spend an average of one hour searching for parking every day. The lost time equates to $4,600 in lost wages per year, based on the hour lost to nonproductive trips. It also depresses fleet productivity, taking the driver out of action when he or she could be pushing ahead to the next location.

If a driver is unable to find a legal parking spot, he or she is often forced into an uncomfortable situation: parking illegally, or illegally operating outside of Hours of Service (HOS) regulations. The driver may be forced to park in an unsafe area — in a poorly lit parking lot, a run-down lot in a remote area, or along the side of a highway. All present serious safety and security risks to truck drivers and other motorists.

If a law enforcement officer spots an illegal parker, he can ticket the driver — which will cut into the carrier’s profits. Another option is to give the driver a break and send him down the road in search of a legal spot. But this might be compounding the problem if the driver is fatigued or operating in violation of federal HOS regulations. A little leniency can expose the driver and the carrier to an escalating series of risks.

In its annual report the ATRI outlined these proposed strategies for dealing with the truck parking problem:

Drivers are also campaigning for more leeway in “personal conveyance” rules to help them find parking spots. Right now, the rules state that drivers can exempt their miles from daily limits to find parking but can’t use a personal conveyance to get a jump on the next day’s miles. Drivers are arguing that they should be able to head in the direction of their next day’s trip and be given more miles to find parking if spots are severely limited in a particular area.

As urban areas reclaim more parking spots and more trucks make their way onto the road, the truck parking issue isn’t going away anytime soon. Drivers recognize this. Other stakeholders — carriers, governments, associations, fleet managers — all need to band together to give the problem the attention it needs. It will take a united front to come up with a solution that moves the issue further down everybody’s priority lists.