The trucking industry isn’t about to be disrupted. It already has been. 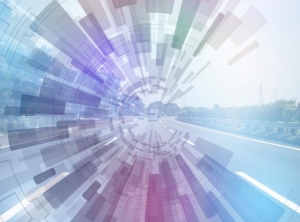 In late May, FORTUNE.com, cribbing from its Term Sheet newsletter about deal-making and deal makers, proclaimed that the time finally has come for the trucking industry to be disrupted by technology the way so many other industries have been.

That followed an April report from an analyst at Piper Jaffray suggesting that electric trucks from Tesla pose a long-term threat to some trucking names and that new, self-driving technologies from the likes of Uber-owned Otto and startup Embark are going to be game changers. And way back in the fall of 2015 the Wall Street Journal, a paper highly regarded for spotting trends early, reported breathlessly about the $700 million or more being poured into trucking technology startups.

Unfortunately — for those analysts and publications, at least — such “disruption” is old news.

The U.S. trucking industry, and really the global trucking industry, has been the target — and beneficiary — of disruptive technologies for more than two decades. To be sure, there’s much more to be done to advance trucking technology. And in finding new ways to apply technology to reduce trucking costs, improve safety and on-time performance, streamline and speed up the load brokering process, and meet the needs of wholesale customers and online retail shoppers.

But trucking isn’t in line to be the next industry to be disrupted by technology, as suggested in the Fortune/Term Sheet piece. It’s already deep into its technology disruption phase.

Much of the disruption of trucking between 1995 and 2010 has centered on dramatically improving truck engines, transmissions, and other mechanical aspects of the trucks themselves. How successful or dramatic has that disruption been so far? Very.

It takes 70 2017 Class 8 trucks to push the same amount of Nitrous Oxides, Carbon Dioxide, and other particulate matter out of their exhaust pipes as just one 1997 model produced. Meanwhile, today’s models have more than doubled their miles-per-gallon fuel efficiency, break down less often, usually are easier and quicker to fix, and can haul heavier loads. None of that would have happened without significant advances in vehicle and engine technologies.

More recently — specifically, since oil prices soared toward $100 a barrel in the mid-2000s and peaked above $120 in 2008 — the trucking industry has been rushing furiously to use various technologies to strip costs out of the industry. The industry’s technological sophistication in the last decade or so has progressed from simply equipping trucks with ordinary global positioning systems to creating advanced route planning and management systems built on massive databases that can predict when and where most slowdowns will occur hours, or even days in advance.

A large percentage of today’s 18-wheelers are equipped with sophisticated systems that track and report, often in real time, a wide array of engine and equipment performance parameters. Video- and sensor-driven systems increasingly are being used to monitor driver behavior and performance so that information can be used to coach drivers on how to use less fuel, get more wear out of a truck’s brakes, or better position their rigs to avoid crashes big and small.

Sure enough, a small percentage of trucks on the road today continue to roll without any such technology on board. Many others have some technology but could benefit from a more comprehensive adoption of systems. And some trucking companies have little in the way of technology-assisted tools for finding, managing, scheduling, routing, or delivering commercial loads. But, even small trucking firms and one-truck owner/operators are almost universally aware that the money-saving technology tools employed by big fleet operators are going to be necessary for virtually all firms that wish to survive long in the hotly competitive trucking business.

So, suggestions that the American trucking industry is ripe for technological disruption are late and show how little those making suggestions really know about the state of the industry.

That said, trucking technology does represent a jaw-dropping financial opportunity for technology providers and investors in such companies. That some of those companies and the venture capital outfits backing them are aggressively hyping those opportunities is neither surprising nor totally off-base. And it’s easy to understand why. Trucking technology today is estimated to be about a $10 billion-a-year business. But Frost & Sullivan predicts it will grow into at $250 billion-a-year industry by 2025.

Currently, a lot of attention and money is being focused on how to apply artificial intelligence to trucking in the form of self-driving trucks, or at the very least, trucks that can be operated with the help of a robotic assistant driver. Not everyone buys the hype, at least not entirely. But whether that technology will arrive in the next decade, as proponents predict, or in 50 to 100 years as current Treasury Secretary and former movie and tech financier Steve Mnuchin has predicted, there’s lots of room in the trucking industry for technology to play an ever-bigger role.

It’s just not the new news that some would have you believe.