Trucking Industry Working to Improve All Aspects of the Driving Experience 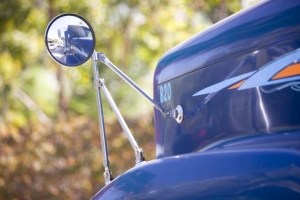 Faced with a driver shortage that’s projected to reach 160,000 by 2022, the American trucking industry is making changes in three key areas in hopes of making the life of truckers not just easier, but more pleasurable and rewarding.

And technology is playing an ever-bigger role in the industry’s efforts to improve the driver experience in all three areas: the physical work environment, pay and benefits, and professionalism. So let’s look at the impact that rapidly-advancing technology (in the cab, embedded in trucks, and at the fleet/system level) is having on each of those three key areas.

The Physical Work Environment
Virtually all truck makers active in the North American market are working to bring new models to the market, partly to meet higher environmental and performance demands but also to meet growing demand for vehicles that make the physical work of driving easier and the life of a trucker more pleasant. Volvo just introduced its first all-new Class 8 model since 2002, and sister company Mack will roll out its new long-haul entry in September. Last September Daimler introduced its all-new Freightliner Cascadia and Navistar International debuted its new International LT. For both, it’s the first full model replacement since 2007. PACCAR’s stablemates of Kenworth and Peterbilt also introduced new models within the last year. Makers of mid-size and shorter range semis, heavy duty, and straight trucks also are in the midst of product updates.

The new Volvo and Mack entries are emblematic of how driver-focused technology is playing a bigger role than ever before. Their dash layouts have been significantly updated. Frequently used switches, dials, and readouts have been moved closer to the driver for easier access, resulting in sleeker, more curved control panels. Centrally located, programmable video screens are becoming standard offerings, allowing drivers to switch almost effortlessly from speed and tachometer displays to rear- (or even side-) facing camera views, to readouts of various operating systems. “Infotainment” systems, while still mostly listed as “optional” items by the manufacturers, are becoming almost ubiquitous as fleet managers and owner-operators alike opt to give drivers multiple ways to access music, information, TV, and even Wi-Fi. Sleeper cabs, too, are growing — pushing well past the five-foot barrier and closer to a full six-feet in some cases. And they are increasingly being packed with experience-enhancing features like power-adjustable sleeper beds, large screen TVs, and the ability to control remotely the communications, truck systems, and infotainment devices mounted in the cockpit.

Onboard telematics already are reducing breakdowns, which seriously disrupt the lives of drivers and their families in addition to costing operators and shippers hundreds of millions of dollars annually. As more and more trucks on the road add such systems, drivers’ lives should be made simpler and more serene by steady reduction in breakdowns.

Meanwhile, crash avoidance technology and various other “driver assist” technologies, such as automated manual transmissions and automatic braking systems, also promise to reduce drivers’ physical workloads while improving engine, mileage and mechanical performance. Those advanced technologies also can provide the kind of incremental improvements in trucking safety that had become elusive because the industry was approaching the theoretical limits of safety improvements achievable solely through increased driver training and human effort. And none of those systems would be possible without the kind of sophisticated onboard sensors and monitors being included in trucks as part of their increasingly sophisticated technology packages.

Onboard telematics and navigation technology are already having a profound, and almost universally positive impact on the driver experience and driver lifestyle. By helping dispatchers, managers, and drivers both build and schedule more efficient routes and react quicker and more efficiently to adverse traffic conditions, those systems are helping drivers avoid frustrating backups, complete their routes in less time, and get home (or at least to their off-duty rest location) faster — all without any negative impact on their pay.

Pay and Benefits
The ELD Mandate is opening up discussions around what historically been the driver’s biggest frustration. Drivers historically have been paid by the mile because that was the only way that operators and shippers could protect themselves against the drivers who pad their time on the road. ELDs, which accurately monitor when a truck is or isn’t moving, coupled with GPS-connected truck monitoring systems that can show whether a driver has taken a longer-than-necessary route or an unauthorized side trip, are giving energy to discussions about transitioning drivers to hourly pay and benefits systems. Some big, in-house trucking outfits have already done that, with generally positive responses from their drivers, many of whom report that their earnings have increased. And warehouse managers now have greater incentives to schedule their dock operations more efficiently and to load/unload trucks faster.

Whatever the final result of such discussions turns out to be — and it’s possible that we could see multiple pay and benefit systems employed across the industry — it’s clear that onboard and corporate technology will be enabling the changes that emerge and that most likely those changes will improve driver satisfaction.

Professionalism
Technology also is the key to improving drivers’ long-term career experience in addition to their day-to-day driving experience. Beginning with the way that drivers are recruited and how they are trained (both initially and recurrently) to how they are supervised and incentivized, today’s rapidly advancing onboard and fleet/corporate technologies offer new, better, more efficient, and more pleasing ways for companies to interact with drivers who, naturally, are spread out all over the map. The nature of truck driving as a career makes it very difficult for drivers to feel as if they are part of a team and a corporation. Too often, that leaves them feeling isolated from — or even opposed to — their teammates, their managers, and their companies.

Technology increasingly will provide ways for drivers to communicate both more frequently and more intimately with their colleagues in other trucks, at the warehouse, and even at headquarters. If used well and wisely, these communications technologies should help keep drivers well informed not only about the parts of the business that relate directly to them and the routes they drive, but to the broader corporate agenda and goals. In turn, these technologies should allow managers to communicate with drivers to provide encouragement and help, to work out problem issues more directly and with less frustration, and to deliver both company news and updates. Smart trucking firms also will learn how to use communications technology to deliver effective training videos and step-by-step directions so that drivers don’t have to come in on their off days or take valuable work hours to receive required training. Not only will that save companies money, it will reduce disruption to the lives and schedules of drivers and their families.