What can be done about Canadian trucking’s driver shortage? 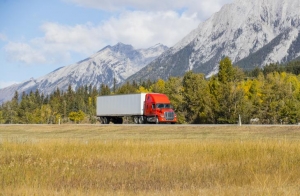 A year ago, a study by the Canadian Trucking Alliance projected Canada’s trucking industry will face a shortage of 34,000 drivers by 2024. Since then, the government and the industry have pursued various means to close the gap. Despite their best efforts, the problem persists — and it could get worse before it gets better.

The problems Canadian and U.S. firms are facing have been well documented. Tens of thousands of drivers are approaching retirement age, and not enough younger workers are stepping up to take their place. Truck driving in Canada is seen as a high-risk, low-reward field, and younger workers are opting to pursue other professions.

At the same time, demand for trucking services continues to increase. A significant portion of Canada’s growing industries depend on truck drivers to deliver all their vital resources — everything from sourcing materials to goods to and from distribution centers to final products to customers. The fact that much of Canada’s rural expanse is inaccessible by rail or plane makes trucking the best option.

What can be done? To be sure, there are some short-term solutions that could at least put the brakes on the runaway problem. But, long term, it might require a change of mindset to staff up Canada’s trucking industry to the levels it needs to meet to fully serve the demands of the nation’s supply chain.

Access to immigration channels
One short-term solution is to expand access for foreign labor to fill Canada’s trucking jobs. The trucking industry brought in 1,500 workers in the nation’s Temporary Foreign Worker Program in the last year. The government is planning to increase immigration levels from 310,000 in 2018 to 340,000 in 2020, and the Canadian Trucking Association (CTA) thinks better access to immigration channels could put a dent in the issue.

The CTA and the government held a series of roundtables over the past year about the worker shortage issue. From the sessions, the CTA came up with a series of recommendations for how to keep and retain workers: review recruitment policies, take “leaves” seriously, and take a long look at compensation packages.

There are other practical ways to address driver shortages. To close the gap now and in the future, Canadian firms will need to get creative — and aggressive.

Create a driver-friendly culture
This may seem like an obvious remedy, but, in some cases, the trucking industry has been slow to embrace the concept. One of our customers, TLD Logistics has made it a priority to focus on training and retaining drivers.

TLD makes a conscious effort to attract and retain younger drivers as the driver shortage and high turnover continues. This group exhibits a much greater desire to be home frequently and TLD is proud that its drivers now make it home for the weekend 98 percent of the time.

The company also puts new, unlicensed drivers through a full five-week training program that prepares them to earn their CDL. Those drivers are then paired with different driver trainers and work directly with a driver-turned-dispatcher to ease their transition into the job.

Remove barriers to entry for women
The trucking industry has set a goal of recruiting more diverse populations. Deploying strategies to better target diverse groups of people can only help to expand the number of qualified candidates for open trucking positions.

But it’s not enough to just reach out to a wider audience. You have to remove barriers to employment. Ellen Voie, president of the Women in Trucking Association, listed several issues that have traditionally discouraged women from entering the profession. As she wrote in trucks.com, some training school don’t offer special accommodations to female students; they make women share bunkhouses with male classmates or pay for their own separate rooms. There is a shortage of women trainers. And cab configurations still are optimized for male drivers who tend to be bigger and heavier than female counterparts.

Use analytics in hiring and retention
Finding qualified employees is expensive and hard. But new technology tools are making it easier and more effective to recruit better candidates. There are systems that firms can use to find patterns in data gathered in the application process that project which applicants have the highest probability of being productive, safe and committed to the job over a long term. Predictive analytics can develop effective models to identify attributes that make drivers successful. Using these insights, companies can model the likelihood that an employee will succeed before the firm makes a hire and invests in training.

Move to an hourly pay system
If trucking companies moved to a complete hourly pay system — and away from paying by hours driven — drivers would line up to get in the door. They’d make more money. The three hours a driver waits to get loaded would be paid, providing an added perk to an industry currently that needs it.

Thinking long term
Over the long haul, so to speak, trucking companies are going to have to come up with ways to incentivize drivers to come and work for them. Until drivers are paid and respected as they should be, the lure of other professions will remain strong.

It may require a recalibration for how society values its transportation systems. Consumers want to buy everything at as cheap a price as possible. The primary way to drive costs down across the supply chain is to take costs out of transportation functions. Hourly rates remain low, so trucking companies can’t pay their people a reasonable wage. It’s a difficult situation. At some point you have to have drivers to move goods, and you’ll have to pay them to come to work.

The Canadian trucking industry’s worker shortage is a problem that will impact the nation’s supply chain and threaten the competitiveness of the country as a whole. Any and all initiatives to support the industry’s need for fair, competitive wages will help move the issue in the right direction.