With the Canadian ELD enforcement expected to happen in a phased implementation, there are a lot of questions and concerns around progressive enforcement. Michael Ahart, our Regulatory and Compliance expert as well as Florence Dougherty, our Director of Product Management, will help the audience understand what the recent enforcement announcement means for the fleets in Canada and help them make the most of phased implementation. 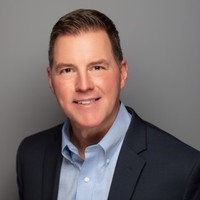 Mike Ahart joined Omnitracs as Vice President of Regulatory Affairs in February 2019 after spending nearly twenty years in trucking operations, with eighteen of those years working as an executive for a private carrier managing nearly 6,000 power units. In 2010, Mike became an active member of the ATA where he later served on its board as Vice President at Large and has more recently become a member of the Safety Policy and Technology & Engineering Policy Committees. Additionally, as a member of the ATA’s Technology and Maintenance Council, he serves as Chairman for the ELD and Connected Vehicle Task Forces.

Florence Dougherty has 15+ years working with Omnitracs' Hours of Service applications for both the US and Canada. Working closely with the Regulatory team, she has been instrumental keeping Omnitracs’ US ELD implementations up to date and compliant, including the FMCSA Hours of Service changes released last year. All the while driving Omnitracs’ Canadian ELD implementation. Participation in industry groups and conferences helps Florence stay on top of the latest trends, challenges, and changes in the complex world of Hours of Service compliance.

The Road Ahead Podcast - Episode 2

The Road Ahead Podcast - Episode 1