The future of trucking in blockchain. Are you ready? 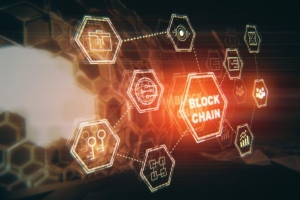 If you were involved in the trucking and logistics industry in 1993 and someone told you the industry would be, within 20 years, almost 100 percent digitally managed, and that getting real-time data from your trucks — or even the individual goods being carried on trucks — would be an everyday occurrence, you likely would have dismissed them.

Back then, just one percent of all information flowing over any type of network flowed of a new thing called “the internet.”

Today, in something of a repeat of that mid-’90s experience, forward-thinkers in the trucking and logistics industry are telling us that within a relatively few years — perhaps less than a decade, given the increasing speed at which technology is advancing — the industry will be heavily reliant on blockchain technology, a different way of communicating and conducting digital transactions over the internet.

Of course, because blockchain technology is only a decade old, it is most closely associated with the trading of cryptocurrencies like Bitcoin, and still is not very widely understood. The common response to such projections is often skepticism.

But those who are skeptical about the future importance of blockchain — and the speed of its approach — within the trucking and logistics world need only visit the website of BiTA, the Blockchain in Transport Alliance. There, they can see the names of the industry heavyweights who already are working together to establish the technical standards that the industry will adhere to when blockchain inevitably catches up with and replaces today’s conventional, server-based method for managing virtually every aspect of the business.

Thus, it’s important to understand just what blockchain is and how it works. 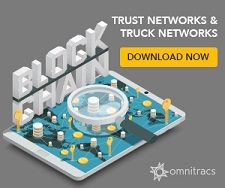 For starters, blockchain does not equal cryptocurrency. Bitcoin and other cryptocurrencies have been pioneers in the use of blockchain as a peer-to-peer transaction management technology, but blockchain has almost endless potential uses beyond serving as a cryptocurrency exchange platform.

It’s best to think of blockchain technology as a method for allowing all parties — two, three or 300 — to work together in a decentralized system to keep a shared, infallible ledger rather than depending on one central party keeping just one ledger. In a single ledger transaction — like buying an item over the internet — the seller keeps the ledger while the buyer gets, at best, an emailed receipt. If the seller makes a mistake and charges the buyer too much, or applies the purchase price to the wrong item, the buyer really has no proof of that error. He or she is left to depend on the goodwill of the seller/ledger owner to make good on the deal. But if you apply blockchain in that situation, both the buyer and seller would have an identical ledger on which that transaction is recorded. That eliminates the need to merely “trust” the other party in a deal because both have perpetually identical records of it.

To do a transaction this way, blockchain technology skips the server-driven world through which nearly all digital transactions currently take place and allows computers to communicate directly with one another. And it’s not limited to a two-way conversation. Blockchain transactions, in theory, could have a limitless number of participants.

And that makes it well-suited to the trucking and transportation industries. Whole fleets of trucks equipped with blockchain-enabled monitoring and data communications systems can be linked for almost simultaneous data transfers. Trucking firms, technology vendors, product manufacturers, wholesalers, retailers, and even, in the case of delivery of products ordered online, consumers can all be included in the blockchain so all of them will be able to see where a product is in the supply chain at any given time.

Other potential uses of blockchain technology in trucking and logistics include:

So, while the term itself still may sound foreign and foreboding, especially because of its early association with cryptocurrencies, blockchain technology is not something for those in the trucking and logistics industry to fear. Rather, it’s something to begin learning about and becoming comfortable with — it’s a part of the industry’s future.

Omnitracs is a proud member of the Blockchain in Transport Alliance (BiTA), a consortium of the foremost leaders in the trucking industry forging a path toward industry standards in blockchain use. All companies within BiTA share a unified mission of developing a standards framework, educating the market on blockchain applications, and encouraging the use of said applications through exemplary implementation.