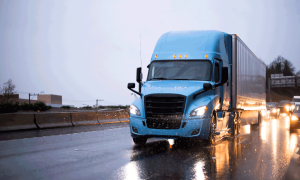 The term “nuclear verdict” is generally defined as a damage award exceeding $10 million. It’s also been defined less precisely as “a high damage award that exceeds rational parameters … inflated, outlandish or even destructive.”1 Any litigator or defendant who’s been on the losing side of a nuclear verdict would likely go with the second description.

Nuclear verdict is a more recent term for a phenomenon going back to at least the 1980s, with the 1984 $180-million Agent Orange settlement against the chemical’s manufacturer. One year later, a $10.5 billion settlement in favor of one oil company against another in a business dispute became the largest-ever monetary award up to that point. Over time, a certain irrationality set in. In 2011, a jury awarded $150 billion2 in damages to the family of a burn victim, larger than the $145 billion settlement in the Florida tobacco case.

The trucking industry has not been immune to this trend. In fact, it exemplifies the destructive effect that nuclear verdicts can have on an industry essential to the national economy and basic, everyday life. The fact is, we are living in the Nuclear Verdict Age and it impacts all of us.

In 2021, a jury in Florida helped set a trucking industry record: a $1-billion3 verdict against a Canadian trucking company, Kahkashan Carriers, and a Staten Island, NY, company, AJD Business Services. The victim was a Florida college student. AJD was hit with 90% of the verdict in a quirk but was no longer in business. Kahkashan and its driver were responsible for the rest, $900 million and $100 million respectively.

The quirk is meaningless. And no one is dismissing the loss of life that occurred or the need for justice and fair compensation for those who have suffered injury or loss. Fair compensation is an essential part of the system; enriching personal injury attorneys beyond all reason is not. Yet this verdict was 10 times larger than a $90-million4 decision against a trucking company in Texas just three years earlier. The biggest problem with verdicts like these is that they pave the way for even larger, more incomprehensible verdicts that are clearly based on something other than rationality and reason.

If you Google the phrase “Reptile Legal Theory,” you’ll get a lot of scholarly articles with stock images of actual reptiles. LexisNexis features a confident-looking Godzilla5. The images are apt.

Reptile Theory was first thrust upon the legal world in the book Reptile: The 2009 Manual of the Plaintiff's Revolution by plaintiff attorney Don Keenan and theatrical director-turned-jury consultant David Ball. In a May 2022 article, the National Law Review6 described reptile legal theory this way: “...authors Don C. Keenan and David Ball advocate persuading jurors by appealing to their “reptile brains”—the “oldest” part of the brain and the part responsible for primitive survival instincts.”

Primitive survival instincts are hardly a prelude to rationality and reason. They’re a response to the fear and panic we feel when threatened. In reptile legal theory, the goal is to make the jury members themselves feel as though their very lives were threatened by the actions of the defendant and respond with a verdict to match their emotion. It’s not surprising that a study by the American Transportation Research Institute found that “when children are involved in a crash, either being injured or killed, the size of the verdict increases 1,687 percent, from $2.3 million to $42.3 million.”7

Keenan and Ball claim their reptile approach is responsible for $7.7 billion5 in verdicts and settlements. It’s certainly spawned an industry of legal strategizing to defang it, but in the meantime, verdicts based on emotion instead of reason keep rising.

Another driver of nuclear verdicts may be “litigation funding.”8 Basically, ultra-large verdicts are now seen as an investment opportunity by firms who are willing to fund expensive litigation for a share of the settlement. Frankly, even if a purely financial incentive for outrageous settlements that let wealthy third parties turn the death of a stranger into a payday is legal and profitable, it’s also part of the problem, not to mention morally bankrupt.

The Impact of Nuclear Verdicts

They also destabilize the industry. Larger trucking companies may be able to handle a verdict that exceeds their coverage, but not easily. For smaller companies, if the cost of responding to litigation didn’t do them in, a settlement may. If they have to be absorbed by a larger carrier, industry consolidation tightens.

To Protect Against Nuclear Verdicts, Move Past the Myths

Here’s a popular misconception among carriers: Operating an FMCSA-compliant fleet will protect you from punitive damages and nuclear verdicts in post-crash litigation. It won’t.

During depositions, the plaintiff’s attorneys will ask the carrier's safety director if they’re aware of other carriers who have dramatically improved their safety performance by investing in proven safety programs and technologies, such as video-based safety. If they answer that they’re NOT aware, well, they’re responsible for safety at a trucking company and it’s their job to know. They’ll be painted as incompetent. On the other hand, if they acknowledge that they are aware yet chose to do nothing, then they knowingly acted in a way that put the public at risk. The attorneys will paint them as indifferent, practically an invitation to a Reptile strategy.

In these situations, mere compliance is not a workable defense in court. The laws on negligence leave plenty to exploit, so to protect themselves, carriers must go beyond compliance and demonstrate they did everything a “reasonable person” would do to protect the public.

Why Compliance Is Not Enough

Here is why the myth that an FMCSA-compliant fleet is enough to make safety programs or technologies unnecessary fails in court.

A long-ago lawsuit (in the United Kingdom) established a legal standard of negligence called “duty of care” that was essentially adopted in the U.S. and is referred to as the “standard of care” we still use today to establish negligence9:

standard of care (n): “the watchfulness, attention, caution and prudence that a reasonable person in the circumstances would exercise. If a person's actions do not meet this standard of care, then his/her acts fail to meet the duty of care which all people (supposedly) have toward others. Failure to meet the standard is negligence …”10

In either situation 1 or 2 that I described above: a company knows that additional safety technology and training really could save lives and did nothing; or they failed to exercise the professional competence to investigate. Their acts are considered negligent, regardless of FMSCA compliance.

Bottom line — complying with minimum requirements will NOT provide insulation from exposure to nuclear verdicts. In fact, doing only what’s required by FMCSA is the highest-risk position a carrier can take. At the risk of sounding like Captain Obvious, the #1 way to avoid a nuclear verdict is to prevent the high-severity crashes that create the exposure and to proactively invest in proven technologies and programs. The unfortunate reality is that bad things can and do happen to good companies. Make sure that you can credibly demonstrate in post-crash litigation that you are neither indifferent nor incompetent.