The Unacceptable Increase in Truck-Involved Crashes and Fatalities 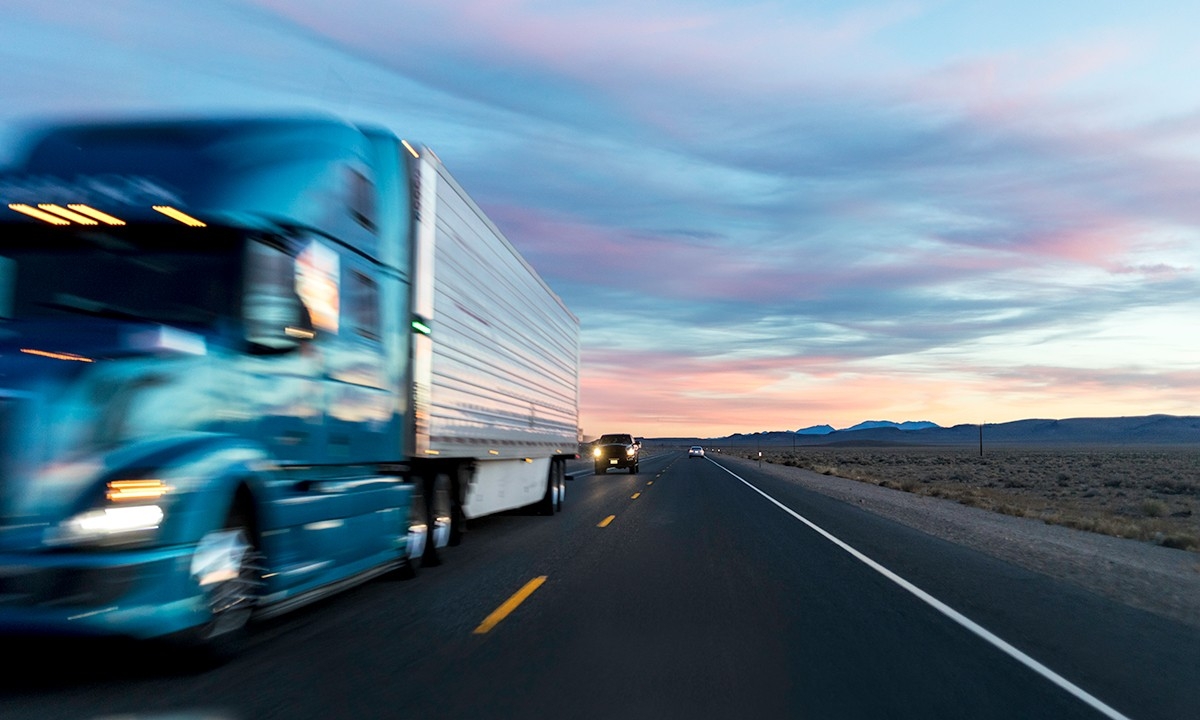 Why, during two decades in which truck miles driven rose by 32%(4), did fatalities rise by 48% and injuries by 115%? Keep in mind that during this same period, occupant protection improved, and active safety technologies proliferated into the automobile market. Before we answer the question, let’s look at where and how crashes happen. As trucks, passenger cars, bikers, and cyclists encounter each other, knowing where crashes happen and who’s behind them can help everyone recognize dangerous situations:

A 2019 state-by-state map(5) of truck-involved fatalities shows that states near the coast have the lowest truck-involved fatality rates, generally under or just above 10% (Hawaii, 2%; New Hampshire, 4%). Fatal truck crash rates are highest in the Midwest and Mountain states, with Wyoming and Nebraska at 25% and 17%, respectively. Nationally, 9%(5) of fatal crashes involved trucks in 2019. It should be noted that drivers of large trucks in fatal crashes had a much lower rate of alcohol involvement than drivers of passenger cars, light trucks, or motorcycles, which had the highest, at 29%(5). On the other hand, truck drivers in fatal crashes had the highest rate of previous crashes: 23%(5).

Behind the Fall and Rise of Crash Rates

From about 1999 to 2009, crashes, deaths, and injuries involving large trucks declined significantly and then began a sharp climb back up until 2020, when Covid-19 reduced road traffic, and the trendline stabilized. Three things changed that helped push the rates back up in the last ten years.

Speeding, either above the limit or driving too fast for conditions, ‘tailgating’, and careless lane changes create dangerous situations, for both truckers and cars alike.

Poor vehicle maintenance, tire failure, or improperly loaded freight can cause serious crashes. Alcohol and drugs, prescribed and otherwise, also can cause crashes, but the rate of alcohol-impaired truck drivers involved among truckers was 3% in 2020, while other vehicle-type drivers ranged from 19 to 27%(8). The most important thing to note is that most crashes are caused by human behaviors and decisions, which we have the means to improve.

The High Cost of Crashes

In addition to the human costs, truck crashes damage a business's brand as well. The estimated cost of police-reported large-truck crashes was $91,112 in 2005(9), according to the last major study on the topic ($140,000 today(10)). A recent American Transportation Research Institute (ATRI) study revealed that truck insurance rates increased 62% from 2009 to 2022(11), reflecting the concurrent rise in crashes and “nuclear verdicts” in post-crash litigation.

Any verdict over $10 million is considered nuclear, and the defendant may not even be at fault. For example, in 2018, a jury in Texas issued a $90 million verdict(12) against a trucking company when, in fact, it was the driver of the passenger car that lost control, crossed a median, and crashed into the truck. Small to midsized companies can be consumed by the costs of responding to litigation record requests and other requirements. And in smaller fleets, the loss of just one vehicle due to a crash can inflict high costs on daily business operations.

The most important element in reducing crashes is creating and leading a true ‘culture of safety.’ In a report on safe trucking, the FMCSA(13) says, “The norms, attitudes, values, and beliefs of organizations define the culture of an organization and are manifested in the behaviors of its agents.” For a fleet or even a single driver, that means safety is a core value, consistently shown in its actions.

While authentic safety cultures are built over time, there are more immediate steps you can take to reduce crashes:

A comprehensive video safety system provides complete fleet and driver visibility. Video is captured inside the cab, on the road ahead, and ideally on the truck sides and rear, automatically recording notable road incidents for study, coaching, and legal exoneration in a crash. Complete systems include third-party expert examination of recorded incidents and driver activity for additional safety insights.

Once set up, the system functions as a virtual ride-along, observing everything and taking notes. The system keeps an eye on the driver, and may use Artificial Intelligence to provide alerts for speeding, tailgating, lane drifting, U-turns, texting, eyes off the road, signs of drowsiness, inattention, and other unsafe behaviors where coaching will be needed.

Video safety can be especially effective at addressing distracted driving and fatigue, two of the most significant crash risk factors. The camera’s ability to discern distraction and drowsiness is a new capability. As the first technology that provides true insight into driver and vehicle activities to improve safety, every fleet should consider adopting a video safety program.

Most Crashes Are Not Accidents

The most important thing to know is that most crashes are not accidents, but results, primarily of human decisions or actions. Fortunately, through communication, technology, persistence, and reward, we can improve decision-making and actions to reduce the tragic loss of life on our roads.