The buzz around the new millennium was focused more than anything on technology — and the rise of XRS Corporation reflected that very well. Founded in 1985, the Minnesota-based business began making a name for themselves as a pioneer of fleet management technology, with a mission to bring the power of technology science to the trucking industry — which is exactly what they did.

With the rise of computer technology in the 1990s and early 2000s, XRS Corporation wanted its fleet management technology to optimize fleet operations, including routing and compliance systems. Heading into the 2010s, the company expanded their vision to mobile fleet technology.

In 2010, they were recognized as one of the fastest growing tech companies in North America by Deloitte — an esteemed recognition that foreshadowed the future success of their new company vision. In 2012, they proudly released their all-mobile platform. And with that, XRS made its way into the world as a new mobile technology that served to keep fleets compliant and help operations teams maximize savings.

Two years later, Omnitracs was looking to expand our portfolio of leading fleet technology. We knew that we needed to work with companies that were not only impressive, but matched our pioneering vision. And so, we were thrilled to welcome XRS Corporation to the Omnitracs family in the fall of 2014.

Since then, we have worked to utilize the mobile capabilities that XRS Corporation brought onboard in order to strengthen our core technology platform. With Omnitracs XRS, we are able to send diagnostic, positioning, and log data via smartphones and tablets, providing our customers with more flexibility in the field for the most flexible functionalities. 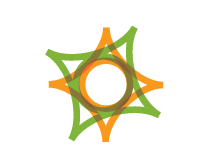 A reliable, secure solution that allows drivers to accurately monitor and log their hours in near-real time.