How Aggressive Driving Increases Fuel Consumption and Other Costs 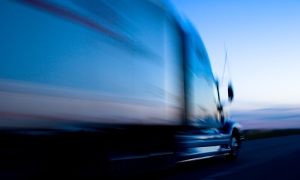 We’ve all seen and experienced aggressive driving. And we’ve been put at risk by it, along with all the other drivers on the road.

For a better handle on what aggressive driving can look and feel like on the road, consider some synonyms for “aggressive:” Cocky, forceful, zealous, brassy, cheeky, domineering, imperious, pushy, sassy, and smart-alecky (1). Put any of those words in front of “truck driver,” and you get the idea.

What Does it Mean to Drive Aggressively?

Aggressive driving generally encompasses braking late and accelerating hard; tailgating, particularly if to signal irritation with the driver ahead; and lane changes that are sudden, unsignaled, or too slow for the new lane, forcing the driver behind to respond quickly. Constant lane weaving is something we’ve all seen as well.

And then there’s speeding. Speeding is one of the most common expressions of aggressive driving. It’s also the costliest and most deadly. I will come back to that shortly.

Before I discuss why some truckers drive aggressively, I want to say this. Most truckers on the road are dedicated professionals who perform a critical service that’s also very demanding, and they do all they can to get themselves, their vehicles, and the motoring public safely to their destinations.  Drivers are also human beings, with the same foibles we are all subject to and sometimes take on the road with us, our more aggressive tendencies included. It’s no excuse behind the wheel, but it’s a fact just the same.

Another reason truckers might drive aggressively is the economics of a profession in which they are encouraged to meet tight schedules. In some cases, speeding may seem incentivized.

With piece-rate compensation, for example, pay is based on miles driven. Simple math says the more miles driven in an hour, the more profitable that hour is for the driver. (In theory, anyway, until you factor in the added fuel costs of faster driving.)  In previous blogs, I’ve mentioned that the stress of on-time deliveries on tight schedules can encourage aggressive driving in all its forms. If a driver feels forced to prioritize arrival time, they may look to seize every opportunity the road offers.

As I’ve also mentioned in previous blogs, under-investment in transportation infrastructure has increased congestion, thus slowing traditional supply chain transit times. The compulsion to “catch up” to meet a schedule, and the exasperation and impatience we all feel in traffic, can cause driving to become aggressive.

A driver’s personal issues can lead to aggressive driving as well. According to a frequently cited study (2) on anger, aggression, and risky behavior, there’s a category of drivers called “high-anger” drivers. Unsurprisingly, the report finds that high-anger drivers are frequently angry off the road, too. They’re more likely to engage in hostile thinking, drive 10 to 20 miles over the speed limit, get more tickets, and report more near-crashes.

This is not to say that every angry person also drives angry. And while truckers have emotions like everyone else, experienced, professional drivers are better equipped than most to drive rationally, not emotionally.  Training and counseling can also help improve a driver’s emotional performance on the road.

The Consequences of Aggressive Driving

I said earlier that speeding was the costliest and deadliest aggressive driving habit. Consider this: if a vehicle’s speed increases by 50%, the energy released in a crash more than doubles (3). Kinetic energy to be dissipated in a crash is the best proxy we have for crash severity. Recalling your high school physics, the formula for calculating kinetic energy (KE) is .5 Mass X Velocity (speed) squared.  In 2020, speeding killed 11,258 people, 29% of all fatalities, and injured 308,000 (4). Financially, speed-related crashes cost society more than $40 billion a year (3).

Speeding also guzzles fuel. A truck traveling 75 mph uses 27% more fuel than at 65 mph (5), which makes speeding a substantial segment of the overall cost of aggressive driving. According to a study by Oak Ridge National Laboratory (6), speeding is one of three specific aggressive driving habits that greatly impact fuel efficiency. Rapid acceleration and late, hard braking also increase fuel use. The impact of these habits is a 15%–30% reduction in fuel economy at highway speeds and 10%–40% in stop-and-go traffic, according to ORNL.

Another cost of aggressive driving among truckers is damage to the public image of commercial drivers and the trucking industry. As I said earlier, most drivers are conscientious professionals. But one aggressive driver, especially in the event of a crash, can bring disrepute to the whole profession.

I mentioned that help is available for drivers with personal issues that lead to aggressive driving. And training can help as well, educating drivers about the causes, signs, and consequences of aggressive driving habits. But the key to reducing aggressive driving is understanding what each driver is doing and focusing on drivers who exhibit aggressive behavior regularly. Technologies like telematics and video safety can be very helpful.

Fleet telematics can provide a range of data on aggressive driving and other activities that impact fuel use and safety. For example, you can monitor hard braking incidents and provide context to drivers on how their hard braking rates compare with other drivers in the fleet. While a single hard-braking event may not mean much, looking at trends and seeing the fleet average for hard brakes can show you the drivers who really stand out. A comprehensive telematics system will also report speed, rapid acceleration, and engine idling. Fuel consumption monitoring can be used to reward or train drivers, as the data indicate. In fact, all the data can be incorporated into focused and effective driver training programs.

Video technology can monitor tailgating and other driving habits. When telematics are used in conjunction with a video safety program, their impact on safety and costs can be significant.

You might also encourage shippers to increase inventory levels to include a sufficient safety stock (inventory of parts or products on hand) to avoid shortages and rushed deliveries. This can reduce the pressure on drivers to deliver on time in difficult or impossible conditions.

Dealing with aggressive driving can pay multiple dividends for carriers. Fuel is the number two cost for most truck fleets, second only to driver pay. Crashes and their associated costs can be a financial hit, as well as a stain on your reputation. By reducing aggressive driving, you can reduce risk, crashes, fuel costs, and other negative consequences.

If you wish to learn more, explore the Omnitracs site or contact us.